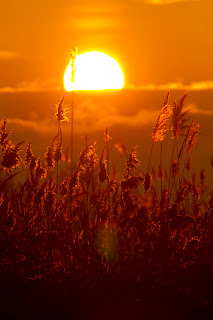 The first winter birding weekend of February 2013 started well with a Rough-legged Buzzard outside Dedopliskaro in eastern Kacheti. This bird had a very pale head and neck, whitish iris, feathered legs and the typical white upper tail band in flight. Saker Falcon and Imperial Eagle were both seen, probably on return to breeding areas where they lay first eggs in March. Other raptors included Peregrine, Kestrel, Hen harrier, Marsh harrier and Common buzzard. Little Bustard were found eventually at Taribani on the way to Chachuna after a lot of searching. We saw one, another four and then two of our target species, they were all in flight and in the same general area as the huge flock we found during the February visit two years ago in 2011. The reservoir at Chachuna was quite full of water and held a lot of waterfowl including Smew, Red- breasted Merganser, Teal, Mallard, Pochard, Tufted duck, Great white egret, Great cormorants, grebes and gulls. However the highlight was a family of seven Whooper Swans, four adult and three juveniles, which are uncommon in Georgia. As usual hunters were active in this region, as was evident from the nervous behaviour of the bustards and also the carcase of a freshly shot Bittern. We found this casualty hanging up in a thorn tree near a small pond. Passerine flocks were impressive with many thousands of Calandra larks, which occupied all the semi-desert and cultivated areas, sometimes associated with Crested larks, Starlings, Corn bunting, Yellowhammer, Linnet and Greenfinch. There was a single Woodlark found in Vashlovani with several flocks of Mistle Thrush and Fieldfares moving through the juniper bushes. Two Western Rock Nuthatch were located in the dry valleys calling loudly. This is a great area for winter birding and it was another productive trip with fantastic views of the Caucasus mountains. Day one weather was fog with some rain, day two was sunny and bright, all the lakes were open this year. A 4WD vehicle is essential.

For pictures please visit the link below